Okay, nothing to do with gaming (although watch me try to link it in later) but I thought I'd share with you this marvellous animation of a zoom in on a Mandelbrot fractal.

The notes on the animation are quite mind-blowing, especially considering the scale of the thing. It's quite a large file so it may run better if you don't have too much open at the same time. YMMV.

It strikes me that the zooming, getting further and further in and yet finding that there seem to be never-ending layers of complexity is quite like the process of designing a world, except in reverse. You start out with a feature, give it some effects, stats, etc, and then pull back and realise that it's in a room, so you flesh that out, then the room needs an area, the area needs a level, the level is in a dungeon, the dungeon is in a country...you get the picture.

Of course, the Mandelbrot fractal could probably go on for far longer than any sane DM would like to extend the design process (although I'm no mathematician so if anyone knows different, they might wish to enlighten me). And physicists do point to the fractal as a display of how staggeringly beautiful complexity can arise as if from nowhere.

Whereas we DMs have to work damn hard to get ours looking as good!
Posted by Daddy Grognard at 20:20 4 comments

If you owned WotC...

Here's a little poser - imagine that Hasbro has decided to off-load certain parts of its empire and you - yes, you, my friend - have somehow inherited enough money to buy Wizards of the Coast.

What would you do?

Would you axe 4e?

We often like to stick pins into WotC wax dolls but what would we do if we had control of the company? If we were the ones calling the shots? If money were no object...

My thanks to Evan from In Places Deep who has just become my 100th follower!

I'm absolutely delighted to have made it to triple figures - I know I've not been posting as much as perhaps I should have just recently but there is some stuff in the pipeline (more hooks, CoC material, the adventures of Junior Grognard) and when I have the time to get it done just right, you'll be seeing it here.

Meanwhile, to every single one of you, this is to say thanks for following! 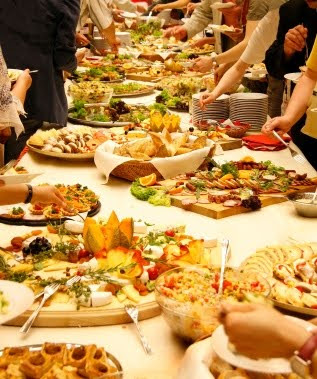 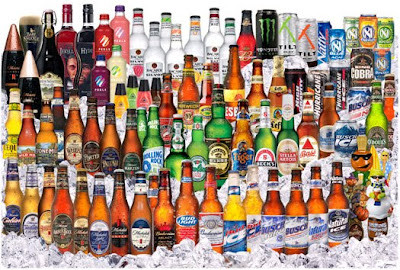 Posted by Daddy Grognard at 16:09 8 comments

Regular readers of this blog may remember last autumn that I was busy introducing Junior Grognard to the delights of AD&D via my Training Dungeon concept (click on the Training Dungeon label to review this series). We then moved into a bit of sandboxing but with the lengthening days of spring and other demands on Sundays, things went quiet. As he was the only player, the workload of running a party of six or so got a bit much and if he didn't feel like doing a session, there was no game, full stop.

There was also some trouble with the degree of scariness involved in my adventures (hell, I like CoC, I'm a dark dude) and after some discussion with Mummy Grognard, we decided that it would probably be best if I put things off for a couple of years (he's seven and a half at the moment).

However, just the other day, we were walking from school back to the car and our route took us past the cemetery. I made a few comments about skeletons and turning them, he countered with a comment that he would use his hammer (as it was a blunt weapon) and before we knew it, he was wanting to game again. He wanted to re-do the Training Dungeon but his conversation left me in no doubt that he remembered all the tricks and traps and it would be no good going down that route.

Then I had a flash of inspiration and proposed the following:

If he could get three or four of his friends to form a party and he felt he was up to it, he could DM the Training Dungeon for them. The responsibility of selecting and recruiting his players would be up to him, giving him an incentive to be a bit more evangelical about the game. I would sit in and give advice and adjudication on points (if required) where his understanding or confidence was a little short. I even dug out and gifted him a downloaded AEC so that my vintage 1e books would remain free from creases, stains and notes.

I'm quite keyed up for this; I hope it comes off for a number of reasons, not least because it gets us gaming again, expands his knowledge of the rules and the skills of DMing and hopefully establishes a group of players who can then spread the word that D&D is cool - and good - for kids.

Anyone got any ideas as to ways that we could make this work out?
Posted by Daddy Grognard at 22:50 6 comments

Labels: kids, next generation, reach out and recruit, training dungeon

Ahar, me hearties, tis September 19th, the day when all ye scurvy landlubbers can talk like we swashbuckling sea dogs!

So no more talk of gold pieces or longswords - tis pieces of eight and cutlasses today. I'll be drinkin' rum in Port Royal afore raising the Jolly Roger and settin' sail for a raid on a Spanish galleon or two.

Last one up the old sea dog gets a lick of the cat!

A Cruise to Antarctica?

Hmm...just spotted on one of the new blogs I'm following that Guillermo del Toro is said to favour Tom Cruise for the lead in Mountains of Madness.

Is it just me or is that prospect scarier than the original story?
Posted by Daddy Grognard at 17:07 21 comments