A big shout to Trey on this one; in one of his comments on Monday Miniatures, he mentioned Gentlemen of the Road by Michael Chabon and when I checked it out, I was presented with the artwork of Gary Gianni. Going to his site, I found that he had done artwork for several of REH's works, the ones about which Jamie Mal frequently waxes lyrical on his blog.

His style evokes the original pulp era; the sort of imagery which, regrettably, one tends not to see so often any more. When I was young, my mother had a set of Newnes Pictorial Knowledge from 1945, reprinted from a 1936 edition. Being a bookish lad, I read them from cover to cover again and again. The illustrations of historical events sank deep into my subconscious and encounters with the style of the 30s still bring the studious child out in me. N C Wyeth (1882-1945) was another illustrator in a similar style and last week, I mentioned Maxfield Parrish. 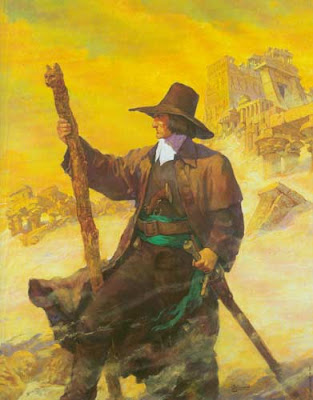 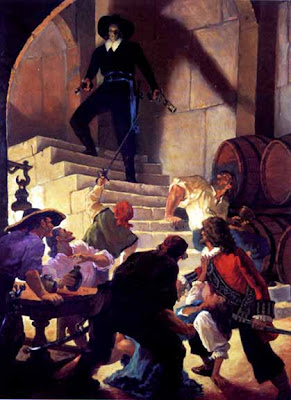 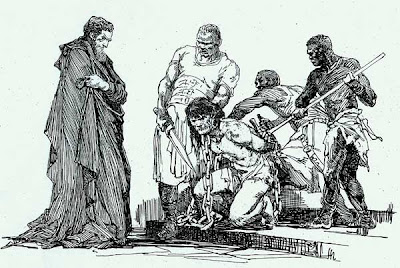 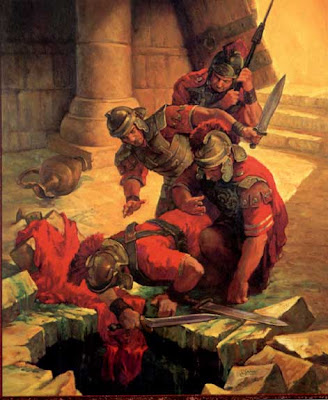 Some Romans on the hunt for Bran Mak Morn 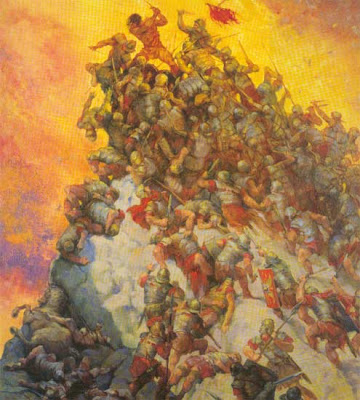 Bran Mak Morn has a little trouble with the Romans.

Here is a sample of Wyeth's work to illustrate the tradition in which Gianni is working. 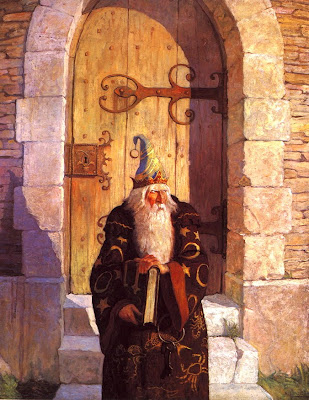 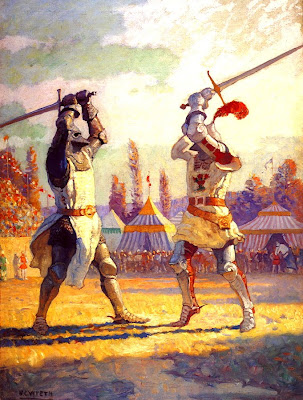 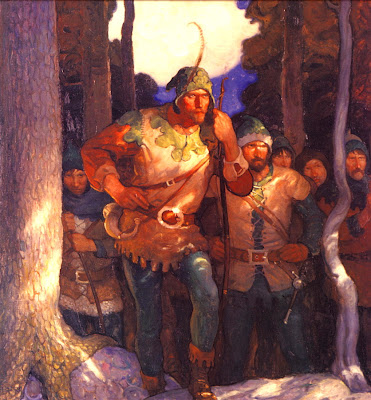 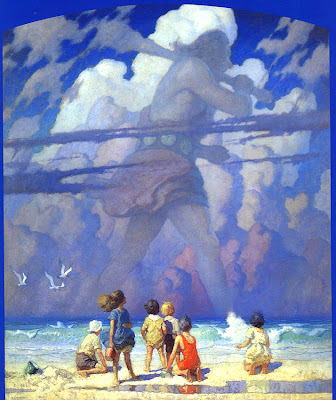 Modern illustrators are fine in their own way but sometimes, the pulp classics cry out for a certain style. Wyeth had it and Gianni carries it on.
Posted by Daddy Grognard at 09:15