The other day, I acquired the DVD of The Mummy (the Brendan Fraser one) for a pittance at the local supermarket. I’d had it on video for years but hadn’t watched it for quite some time.

It struck me, thinking about the film, which is particularly good anyway, that it is probably one of the most dungeon-like films I can remember. Hell, it’s set in the desert – you can’t get a bigger sandbox than that! Granted that it’s not set in mediaeval times and it has guns, but careful consideration of the themes and events therein yield some interesting results.

Let’s look first of all at the main characters. We have a fighter (Brendan Fraser), a magic-user/cleric (Rachel Weisz), a thief (John Hannah) and for want of a better title, a ranger/paladin (Oded Fehr).

The backstory is quickly dealt with, very effectively and gruesomely, laying the groundwork for the rest of the adventure without reams and reams of exposition.

The fighter first encounters the lurking evil during a pitched battle against what might as well be hordes of orcs. He survives but only just – clearly, he is more than just an average character. Good strength and constitution there. The DM also manages to work in some enigmatic NPCs without having to go into great detail, although…

The magic user is busy working her apprenticeship under a rather fussy and overbearing mentor (whose true status is only later revealed) when the thief arrives, having filched what appears to be a quaint but ordinary trinket. It doesn’t take long before the DM delivers the first clue to the location of something legendary and lost.

Soon, having recruited the fighter in a most dramatic fashion, the party is on its way to the lost city – complete with annoying NPC - but already they have encountered a group of rival adventurers, a useful staple of dungeon adventures. The rival party also has its fighters and a magic user of their own. And a thief, whose connection with the party and the dungeon quickly becomes clear. Effective recycling of an NPC with whom one of the PCs has history. 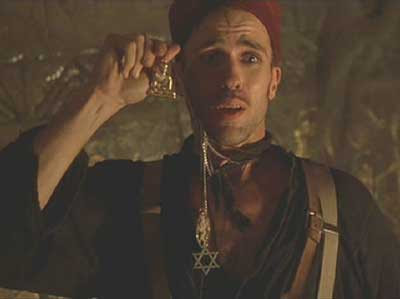 We then have the first encounter with what appears to be the forces of darkness. They wear black and they attack by night. Needless to say, not everything is as it seems, but the DM does not, of course, spill the beans about what’s going on. 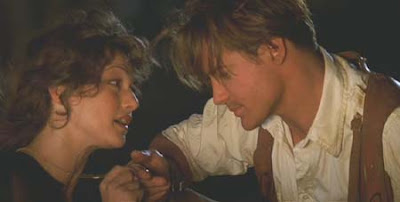 "Talk amongst yourselves while I roll up the next encounter"

So we then arrive at the dungeon. Yes, it’s in ruins and it doesn’t take them long before they get in. Soon, however, it becomes clear that there is something nasty inside; the minds of the parties are however, solely on the treasure that they reckon is waiting for them.

Nasty bugs and seriously nasty traps are encountered (in a way that makes me think the place was designed by Jim Raggi) but the real menace is yet to come. The magic user then reveals her inexperience when she reads That Which was Not Meant to be Read. The DM’s clues about what’s about to happen are laid on thick at this point – courtesy of they who were previously thought of as the baddies - and after some casualties, the parties take the hint and run for it. Oded Fehr’s character now joins the party – perhaps his player turned up late and this was the first point at which the DM could fit him in to the flow of the game. 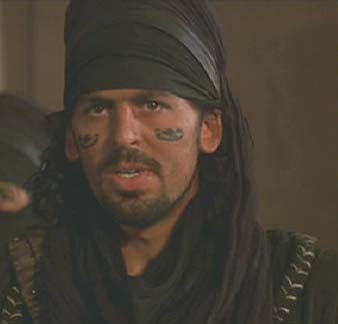 "Sorry I'm late, I couldn't get the car started. Now, what's been happening?"

Unlike a lot of megadungeons, where the party go in, raid and then retreat to the nearby town, which is strangely untroubled by the hordes of nasties in the dungeon – I’ve never sussed out why the monsters don’t just trash the adventurers’ base – the monster in this dungeon decides to follow the parties back and take the fight to them. It would certainly liven up a few games to have the parties shaken out of their complacency. 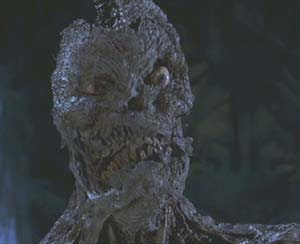 One by one, the rival party, being NPCs, are picked off by the undead monster and it quickly becomes clear that only clever use of magical artefacts is going to stop him. The DM’s drip-feed increase of the powers of the undead keep the party on their toes and don’t allow them to get comfortable. In a lot of adventurers, the party seem to have it very easy while doing their research or rummaging for manuscripts or artefacts outside the dungeon. It makes more sense to see, as here, the forces of evil actually taking the initiative.

We see a kind of Deus ex machina escape for the party, although they lose their magic user and the magic user’s mentor is finished off by the zombie hordes, presumably to show the party just how much danger they are in without actually killing anyone. The death of mentors is an interesting theme and one I’ll be posting on soon.

It’s now time for the return to the dungeon, armed with brawn, weapons and some sort of mad plan. Before that can be put into place, there are more combats and the use of magic books that really look the part. 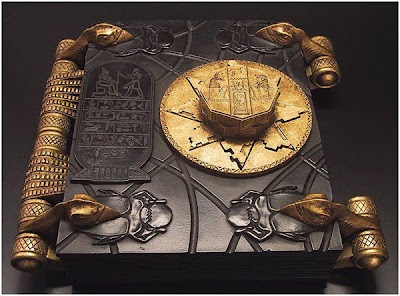 Finally, rather than overcoming the monster through combat abilities, the use of magic is required (although there is a neat scene where the thief makes a Pick Pockets roll that saves the day – how many dungeons have you been down where the whole thing hinges on just one roll?)

And they make it out with the treasure (okay, a small part thereof, but still enough for them to consider it a dungeon well-braved) and the rascally thief gets his come-uppance. 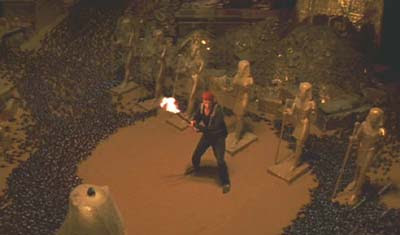 Like a lot of films, I would describe the Mummy as a dungeon that went successfully for the party. No-one wants to go and see a film where Brendan Fraser gets killed in his first encounter with flesh-eating scarabs. Rachel Weisz being sprayed with salt acid would make a great dungeon anecdote “Yeah, but there was that time when my character thought she’d found where the magic book was hidden, but she failed her Dexterity roll and… ” However, it’s not the kind of thing that a test audience would tolerate. Even when Oded Fehr’s character appears to be overwhelmed by mummies, he manages to make his escape – some good rolls on the d20 that night.

A lot of DMs (tending towards the younger and newer) make the mistake, when they see a cool film, of trying to replicate the events of that film in their dungeons, rather than using the film as inspiration to create a scenario in which the events of the film could take place if all went well for the party. Another mistake they tend to make is to slavishly copy the film and its milieu rather than fillet out the underlying elements and incorporate those into their campaign.

That’s all for Film on Friday this week. Has anyone got another film that really nails the essence of D&D? Feel free to share – I might make this a guest spot where we can have fans waxing lyrical about their favourite movies.
Posted by Daddy Grognard at 14:09