Yes, it’s back. Tonight, we have for your delectation and delight, the workhorse of the giant race, Harry the Hill Giant, fighting that scourge of farmers everywhere, Andy the Ankheg. 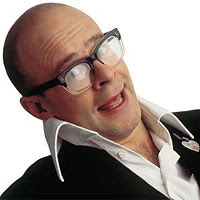 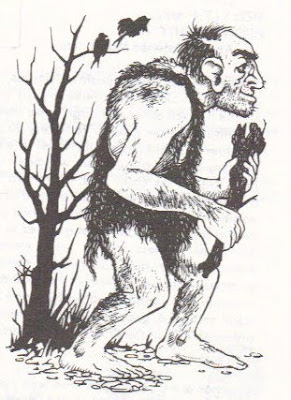 Frequency Common
No. appearing 1-10
Armour class 4
Move 12”
Hit dice 8 + 1-2 (average hit points 38)
% in lair 25%
Treasure type D
No of attacks 1
Damage per attack 2-16
Special attacks Rock Hurling
Special defences Catch rocks 30% of time
Magic resistance Standard
Intelligence Low
Size L
THAC0 12 so he’ll need a 10 to hit Andy. I’m ruling that since an ankheg doesn’t really rear up, Harry has a 25% that his blow will land on the underside and so only need an 8 to hit. 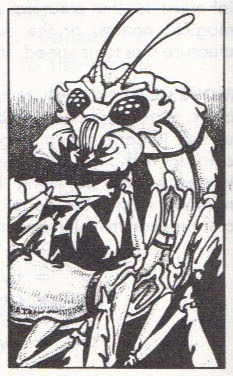 I’m ruling that since ankhegs tend to come up through the ground to surprise their victims, Harry isn’t going to get his usual boulder throw attack in. He’ll just have to rely on brute force (he’s good at that, but let’s hope it’s enough)

It’s time for Trial by Combat!

Both battlers roll 5 for their reactions.

Harry rolls a 16. Let’s check to see if it’s hit the underside. No, a 48 says not. Nevertheless, he rolls 14 for his damage, which is only two shy of the max.
Andy rolls a 17 and rolls 9 with his damage. A bit more modest there, but let’s not forget the digestive juice damage (eeeww!) which gives an extra 2.

End of that round, Harry is down to 27 and Andy is looking a bit unhappy on 22. Still, he’s got his secret weapon – will he need to use it?

Andy gets a 6 (where was that when I was using it for character generation the other week?) and Harry a 2 .

Okay, let’s see what the Oracular Power of the D20 has to say.

The Oracle is not happy with Andy, since he rolls a 6

Harry swings whatever large, blunt instrument of mass destruction the Hill Giant weapons research facility has equipped him with and (having rolled a 02 on the location roll) gets a 6 as well. Hmm…the oracle must have bought a job lot this week.

End of round 2, they are both on the same hp as last round.

This time the fortunes are reversed as Harry gets a 4 and Andy a 3.

Harry launches his attack, rolling 26 and missing his chance to hit Andy on his underside by 1 lousy point. The dice can be fickle mistresses sometimes. Not Madame d20 though; she bestows a 12 for Harry, who inflicts 12 damage.

Andy strikes back and rolls a 16, which is crackingly good; those mandibles are biting tonight. Let’s see what the damage is –

And let’s see how our gallant titans are faring now.

Andy is on 10, Harry on 13. Given that either of their main attacks could finish the job, it’s with a certain amount of trepidation that we approach

It’s a bit of a gamble for Andy now; as he’s in extremis, should he unleash his secret weapon against Harry, given that I’m ruling he still needs a standard to hit roll?

Hell, let’s go for it. We still need reaction rolls, however.

Oh dear… Harry gets a 5, and Andy is sluggish to say the least on 1

Harry rolls his location dice, and gets a 55 – no soft underbelly for him this round. He attacks, and with a 19 really hands out the punishment to Andy. Let’s pick up those d8 and see what happens…

Out of interest, let’s see what would have happened if Andy had been given the chance to launch his acid attack…

Ah, he would have rolled a 4. That’s a large area of ground just to the left of Harry that’s now hissing and fizzing. That’s a pity because I’m sure that we’d all like to see what 8d4 of acid damage would do to a hill giant (on average 20 damage).

It certainly would have been a very good move for Andy to have launched an acid attack.... 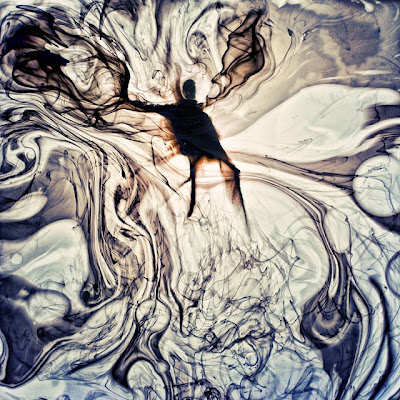 Ah....I've got the wrong sort of acid, haven't I? Mind you, it'd certainly make your enemies easier to hit if, instead of charging towards you with a club they'd just acquired from the nearest forest, they were swaying from side to side, giggling at the lyrics of Lucy in the Sky with Diamonds...

...and after following that link, so will you.


Join me next week, when I set a pack of hell hounds against a White Dragon. Now that's what I call a Song of Ice and Fire!
Posted by Daddy Grognard at 21:08