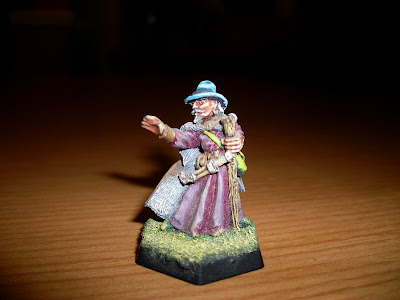 From the Diaries of J.R.R. Tolkien

"Christopher and Michael called round; they had been to Amsterdam on a day-trip and had brought back some delicious cakes and some new tobacco that they thought I might like. Later, whilst walking in the garden, some real elves came out of the bushes and started dancing around me. Then I climbed on the back of a huge dragon and we flew off to Rivendell. There, I met a purple wizard called Star Spirit and he bet me that I could not climb into the sky and pull down all the diamonds..."